The City of Dixon is located in the northeastern corner of the county, the agricultural heart of Solano. Farming remains an economic mainstay in Dixon. The city’s proximity to Sacramento has made it popular with home developers – just twenty miles southwest of Sacramento and 10 miles to the University of California, Davis you will discover the friendly and growing community of Dixon.

Each year the city hosts the Dixon May Fair for several days-fun to be had by all. In the fall you have several pumpkin patches along with the famous corn maze.

The History of Dixon – The first settlement in the Dixon area was founded in 1852 by Elijah S. Silvey, whose search for gold landed him in these parts during the California Gold Rush. Silvey realized an easier way to make his fortune than digging and panning was to open an inn and saloon. This half-way house was located along a well-traveled stage coach route to the gold fields of Sacramento, which became famous among area miners. By 1865, the community of Silveyville boasted a general store, post office, blacksmith, and had a population of 150 people.

The Vaca Valley Railroad was about to inaugurate its new line in Solano County in 1870. However, the residents of Silveyville were not happy when they found out that the tracks would not cross into their town. The tracks did cross the land of Thomas Dickson. In order to grow, the residents of Silveyville would have to move closer to the tracks. With Dickson in charge of the relocation, pioneers started what is now known as the Downtown Dixon area.

Dixon Was to Be Dicksonville

The California Pacific Railroad tracks were almost finished and a train station was needed. At this time Dickson donated 10 acres of his land for the depot and a city to be named after himself – Dicksonville. The first rail shipment of merchandise arrived in 1872 mistakenly addressed to “Dixon” and that spelling stuck. In 1874, after nearly a 2-year push to have the town named Dicksonville, needless to say, the county recorder filed with the name Dixon on the new maps, stating it was simpler. 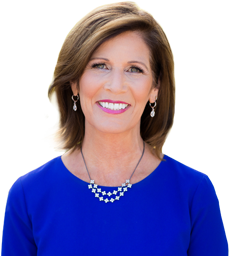